The Viewers’ Choice: On the Film Preferences of Cinemagoers in the GDR, 1949-1990 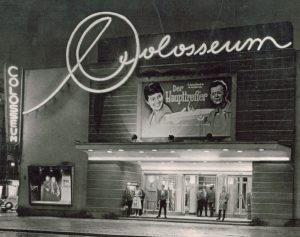 A study of popular taste embodied in films can help us to better understand German culture and society. The aim of the research project is to work out the film preferences of cinemagoers in the GDR between 1949 and 1990. To this end, the project will determine how successful all of the approximately 5,000 films shown in cinemas in the GDR were with East German cinemagoers, who bought a total of 5.7 billion tickets at the box office. The success of the films will be documented in the form of 40 annual film success rankings based on a representative sample using the POPSTAT method developed by Sedgwick (2000) and further developed by Garncarz (2021). The GDR film success rankings will be compared with those of the Federal Republic of Germany in the same period, which Garncarz (2013) has already collected, evaluated and published. An explorative preliminary study on the basis of available, selective success data show that the film preferences of East and West German cinema audiences were initially similar before diverging and then converging again. Thus, socio-politically relevant insights into the preferences and mentalities of GDR citizens (and their change) can be expected through this study, in addition to detailed preference findings. 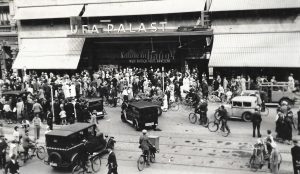 The research project will, for the first time, systematically analyze the film preferences of the German cinema audience during the Nazi dictatorship from 1933 to 1945. To this end, charts ranking films according to their box office success will be compiled for each individual year, and then interpreted in terms of the patterns formed by the top hits. The research project aims to identify the cultural specificity of German film preferences during this period. So as to determine whether these preferences were distinctive, the charts for Nazi Germany will be compared synchronically with annual hit lists of other European countries and diachronically with German charts before 1933 and after 1945.